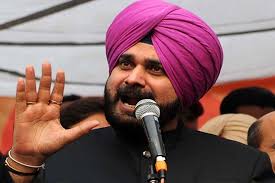 In Mohali District alone 2435 acres of land under illegal Occupation

Chandigarh, May 05, 2018: The cabinet sub-committee formed to ensure maintenance of Government Assets and Lands has sought a record of all government-owned lands from all the Government Boards/Departments/Corporations and other government institutions. It has also been decided to constitute a committee of experts headed by Justice Saron and ex-DGP  Chander Shekhar which would also include representatives from various other departments and would advise the subcommittee.

Sidhu further said that as per the disclosures made in the meeting the total value of the government land under illegal occupation in Mohali District alone exceeds the debt of Punjab. Similarly, if the lands of such nature are identified in the whole state then it can lead to the rejuvenation of Punjab from an economic point of view.

Similarly, the report of Justice Kuldip Singh was also discussed which seconded the disclosures made in the ex-DGP Chander Shekhar’s report. Giving details of 2 more villages, Chander Shekhar said that in village karaura 22000 Kanal land and in village nada 16113 Kanal land is being illegally encroached upon.

Sidhu detailed that in order to know the status of the government-owned lands in the state the cabinet sub-committee has sought the record from all the departments/boards/corporations and other government institutions regarding the lands related to them and has also sought the details with regard to the aspect that how much land is under illegal occupation, how much land is under litigation and how much is lying empty. The minister also said that it has come to the notice of the cabinet sub-committee that the record of these departments doesn’t match with that of the revenue department and instructed that the same be rectified.

Sidhu also said that it has also been decided to constitute a committee of experts headed by Justice Saron to free these government lands from the illegal occupation. The committee would advise the cabinet sub-committee. The committee to be formed would also include ex-DGP Chander Shekhar, President Govansh Sewa Sadan Joginder Pal, Mayors of all the 10 Municipal Corporations, besides a representative each from the Revenue, Water Resources Management, Local Government, Rural Development & Panchayat, Forest, PWD (B&R) and Waqf Board.