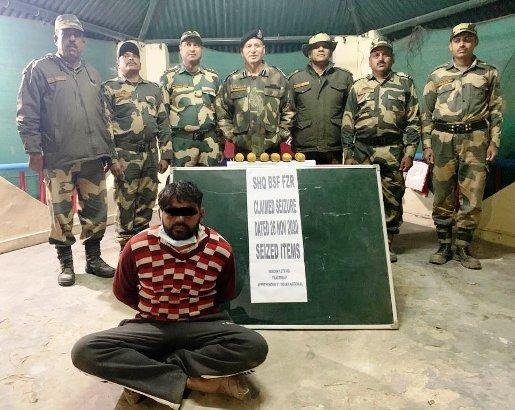 Ferozepur, November 27, 2020:  In two different operations, the BSF has seized 8.020 kg heroin in 13 packets, worth crores of rupees along with one pistol and one person in the area responsibility of 29 Bn BSF Ferozepur sector, near Punjab border.

In both the cases, the Vigilant troops of Border Security Force once again thwarted the attempt of Anti-National Elements to push the consignment of contraband items into India leading to the recovery of 13 packets of heroin.   This is not the first time, earlier also the BSF had successfully foiled similar attempts in Punjab borders over the years. One person is also reported to be arrested but his details have not been disclosed and as investigations are still on.

Punjab Government issues election notifications for Municipal Councils
As many as 3,124 youths gets jobs during current year
Comment