Home » Boeing working with regulators, customers on the return of 737 MAX in Asia 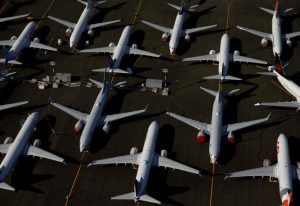 SINGAPORE, 25 February 2021 – Boeing Co is working with regulators and customers to return the 737 MAX to the skies in Asia, a senior executive said on Thursday, where it remains grounded nearly two years after two deadly crashes even though it has returned in other markets.

“We’re continuing to work with global regulators and our customers to return the 737 MAX to service worldwide,” Boeing Vice President Commercial Marketing Darren Hulst told reporters during a briefing on the Southeast Asian market. “But we are going to defer to regulators individually for more information on the timing of recertification by domicile.”

Regulators in the United States, Europe, Britain, Canada, Brazil, and the United Arab Emirates are among those that have already approved the jet’s return to flight following technical modifications and additional pilot training.

Ten airlines are now operating the MAX with more than 13,500 flight hours since the return to service, Hulst said.

So far, all Asian countries have held off from approving the MAX’s return, though Boeing said last month it expected to win remaining global regulatory approvals in the first half of 2021.

China was the first country globally to ban the MAX from its airspace in 2019 and it has not indicated when it will lift the ban.

Airlines in China, South Korea, Singapore, Indonesia, Thailand, India, and Fiji operated the MAX before the groundings, with the first crash had occurred in Indonesia in October 2018 followed by one in Ethiopia in March 2019.

Hulst said he remained optimistic about demand for the MAX in Southeast Asia as part of its broader 20-year demand forecast. It sees demand for 4,400 planes between 2020 and 2039 worth $700 billion at list prices.

That compares to its prior forecast for 4,500 new planes valued at $710 billion between 2019 and 2038, which was made before the coronavirus pandemic led to a plunge in demand for travel.