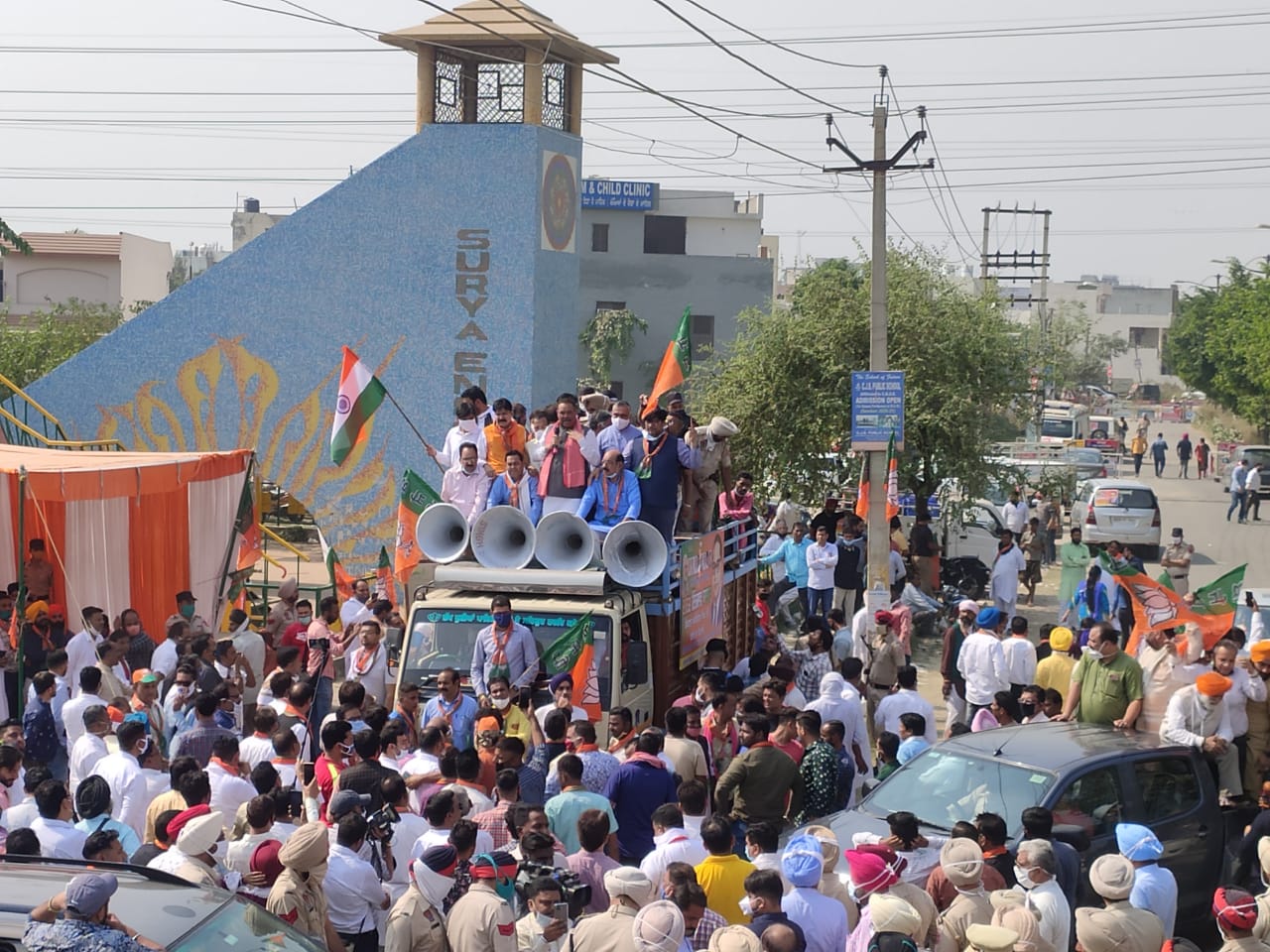 Jalandhar 22 October 2020:  The atrocities committed against the Dalits will not be tolerated “ said BJP state president Ashwani Sharma here today while flagging off the massive rally from Jalandhar to launch a protest against the state government.
The State President along with Union Minister for State Som Prakash was arrested by the police and taken to a rest house. Sharma rued that no arrests were unfortunately made of the guilty who had committed atrocities against the Dalits by the state government. “ our arrests are not going to intimidate me or my party to raise our collective voice against the brutal murder of decency by the State Government against the SC’s and OBC’s in the state”.

Regrettably, the Chief Minister is myopic when it comes to scams of crores of rupees by his minister earmarked for the upliftment of Scheduled caste students scholarships. “ He gives a clean chit to his cabinet minister” but arrests us for raising a voice of dissent against the rampant corruption.
The recent crimes against the Dalit community are a “ scar on humanity” but the congress government is not addressing the issues.
“Dalits are made to drink urine it’s a shame in the land of five rivers “. A land pioneering inequality of human beings”. Rued Sharma.
The BJP will repeatedly raise up its commitment to equal status to Dalits.
The BJP senior leadership in the state said that it was within the purview of the citizenry to protest against the atrocities but unfortunately the Congress regime in the state wad autocratic and only harassed and intimidated the voice of justice.

Kapurthala selected for pilot project to use ponds water for irrigation