Home » BJP has no  iota  of farmer’s pain, SAD out on roads to save political ground- Ashu 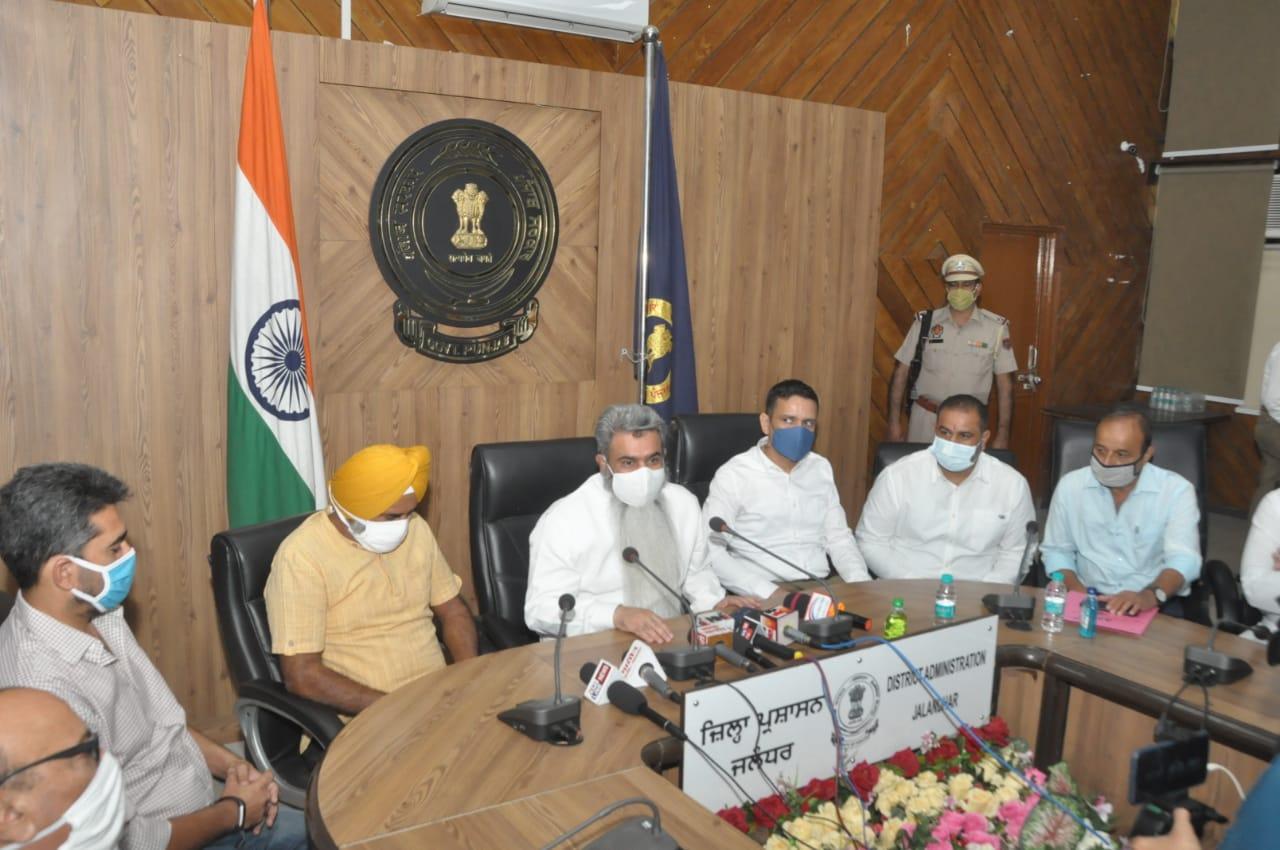 Jalandhar, October 17, 2020: Coming down heavily on the ‘insensitive’ approach of the BJP led NDA government and Shiromani Akali Dal (SAD) over farmers’ issues, Food and Civil Supplies Minister Bharat Bhushan Ashu on Saturday said the union the government does not have an iota of pain being faced by the peasantry and SAD which was earlier flag-bearer of three farm bills, have been fighting just to save its political ground in Punjab.

On the sidelines of the virtual inauguration of smart village campaign phase-II, Ashu who was speaking to the media persons said that BJP has brought three black Agri laws just to benefit the capitalists and rich people and these draconian laws will lead to massive exploitation of the farming community by private players.

“Earlier, the NDA government did not talk with farm unions which are protesting for one month and when it called them for meeting in Delhi, its ministers insulted the unions as they failed to turn up”, he alleged.

He said that BJP is basically an urban-centered party and does not understand the rural area problems or farmers.

The Cabinet Minister also targeted the SAD, an old-ally of BJP for its ‘face-saving’ protesting in Punjab against three farm bills as earlier the party was rallied behind the bills.

Ashu said congress will make all-out efforts for the welfare of the peasantry and the state government will take every step to protect the interests of the farmers adding a one-day special session of Punjab Vidhan Sabha called to negate these laws reflect upon its resolve to stand by the farmers.

He also said that state government will fulfill its all promises made to the people in the next months.

The Prime Minister,Narendra Modi chairing a high-level meeting to discuss reforms in the Mines and Coal sectors, in New Delhi.

Drone mapping of property of all villages in the country, village people will get ownership certificate
Farmers decide to offer Stubble burning machines to others free
Comment

Civil Hospital of Ambala city will be upgraded to 300 bedded ,Vij

Educompare.in a start-up based in Chandigarh announces 2020 edition of Kidspreneur