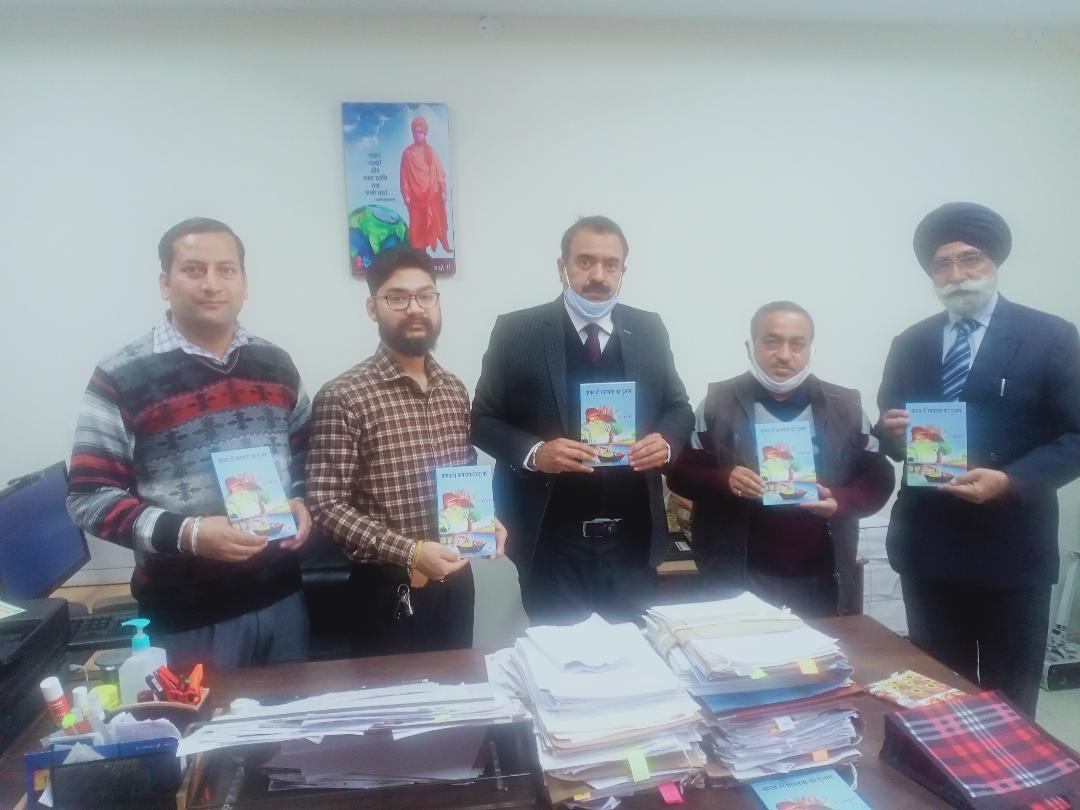 While speaking on the occasion, he said, ”Knowledge is increasing, is happiness increasing in our life. Schools are multiplying, are happy homes multiplying? No, today’s knowledge inputs take us far away from ethics of life.” He further stated that a large number of Indians were in the grip of lifestyle diseases, a decline of culture, relations and respect for Mother Earth. COVID-19 had opened up the speedy decline of culture, relations, ethics, and these have taken a back seat in the present life. He stressed drastic changes in the education system and made aware of the centuries-old healthy way of life to the Gen-X.

The book gives a strong message to generation X to protect the culture of our way of life and also save nature. It tackles various problems such as a decline in a relationship, adulteration in eatables, rising gap between rich and poor, next-generation far from ethics, religion as a weapon to fulfills self-interests; use of drugs, ignore healthy life and non-serious about nation’s interest.

The writer belongs to village Nalehra in district Hamirpur of Himachal Pradesh. He was awarded for social services in 2015 by the state government and also awarded the ‘Siksha Protshan Award’ in 2019 by Himachal Pradesh Government. He was also awarded under Nirmal Bharat Award in 2012, 2013 and 2014 by the Rural Development Department, Himachal Pradesh at Block Level. He retired as principal from the education department in 2018.