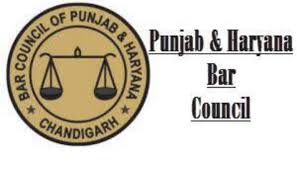 Chandigarh, October 13, 2020: In a meeting of Bar Council of Punjab & Haryana held under the chairmanship of Karanjit Singh, it was decided that the Punjab and Haryana High Court Bar Association elections, which were to be held on October 24, be cancelled. As a result, the nomination process fixed for October 14 has been called off.

In a press note issued by the bar council, the reason behind the decision was the violation of “The Bar Associations (Constitution and Registration) Rules, 2015” by Kuljit Singh Sidhu, Chairman election committee, Punjab and Haryana High court Bar Association, when he issued the election programme.

The press note mentioned that according to rules, elections for all bar associations in Punjab, Haryana and Chandigarh, including High Court Bar Association, have to be held simultaneously on a single day.

In the meeting it was decided to hold elections of all bar associations on November 6 and a separate election programme will be issued in due course.

Constitution is not static but a living document: ADG (North Zone) organize Webinar

U.T. Powermen Uniongives call for observance of one day strike on Nov26.