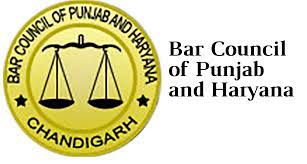 Chandigarh, April 1, 2021:  The Disciplinary Committee of the Bar Council of Punjab and Haryana has suspended the licenses of two advocates today for a period of three years. The two advocates, whose licenses got suspended, have been identified as Parmod Kashyap and Paramjit Kashyap, both residents of Jalandhar. The bar council also debarred the duo from appearing in any court/authority/tribunal throughout India till their suspension period.

As per the information, a complaint was registered against Parmod and Paramjit for occupying the flat of a woman in Jalandhar and for stealing her articles from the house. Both were also threatening the complainant of dire consequences if she files a complaint against them in any court.

The council also directed both the suspended advocates to surrender their licenses and identity cards.

Copy of the Notification is as under: