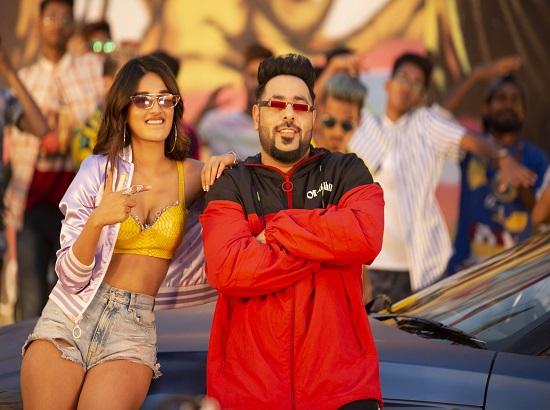 The song has been written, sung and composed by none other than Badshah himself. Video of the song has been directed by Baljinder S. Mahant who has previously also directed the videos of Bingo Mad Angle song, Godrej No.1, theme song of 9X Tashan and Pitaara TV, and even Ponds theme song featuring Armaan Malik and Monali Thakur. Talking about the theme song, Badshah said “I really had to struggle to make my name in the industry. And my struggle has made me realise how important a stage is for any artist. Aaho!! is a project which is larger than life, and will provide a platform to everyone who truly deserves it.”

Director of the video, Baljinder S. Mahant said “The theme song Aaho Mitran Di Yes Hai has been written and directed keeping in the mind the youth. It has a youthful spirit and vibe which will attract the youngsters of today who don’t like being told about what to buy. The freshness of the song and the music is such that the listener will get hooked to it and by the end of it will start chanting ‘Aaho Mittraan Di Yes Hai’. ”

The song has already released on the official YouTube channel of Aaho!! on 18th October.