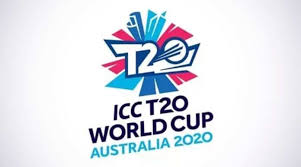 The ICC also confirmed the women’s 50-over World Cup that was scheduled to be held in New Zealand in February-March next year has been postponed to 2022 following the impact of the COVID-19 pandemic.

“We now have absolute clarity on the future of ICC events, enabling all of our members to focus on the rescheduling of lost international and domestic cricket,” ICC chief executive Manu Sawhney said.

Before the pandemic disrupted the game’s calendar, Australia was scheduled to host this year’s tournament in October-November followed by the 2021 edition in India, who will also host the 50-overs World Cup in 2023.

In its board meeting last month, the ICC deferred the tournament in Australia keeping in mind the logistical challenges involved in staging a 16-team tournament amid existing travel and other restrictions.

The Indian cricket board, according to media reports, was reluctant to sacrifice the 2021 slot for Australia and host back-to-back World Cups in 2022 and 2023.

All teams that qualified for this year’s tournament in Australia will compete in India next year, the ICC said, while a new qualification process will be put in place for the 2022 tournament.

Moving the women’s World Cup would allow teams to be sufficiently prepared in 2022, Sawhney said.

“There has been no women’s international cricket played since the conclusion of the T20 World Cup earlier this year and… that is likely to remain the situation for a number of the teams.