Home » At Pfizer vaccination center, 19 people are injected with AstraZeneca (by mistake) 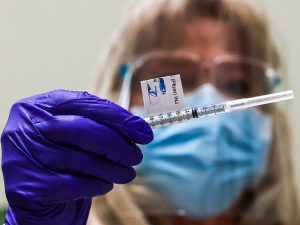 Italy, 2nd July 2021 – It happened again. 19 people (8 women and 11 men, including 17 under 60 years) were given the first dose of the AstraZeneca vaccine instead of Pfizer, during the vaccinations that took place on Saturday 26 June at the Anticovid vaccination center in Nole, in Turin. A few days after the incident, the ASL To4 made it known that the event was immediately communicated to the interested parties and “a surveillance protocol shared with the users themselves was activated and which provides, in addition to taking charge activated by an ASL doctor with daily contact, a blood chemistry monitoring. All this for extreme caution “.

“At the moment – reads the note from the health care company – there are no symptoms other than those commonly related to anticovid vaccination and haematochemical surveillance has not detected the emergence of risk situations”. After the incident, the control procedures already in place would be strengthened. An internal analysis is underway to understand how what may have occurred for Asl To4 is a material error in the inoculation phase of the first dose of vaccine.

AstraZeneca instead of Pfizer (or the other way around): all the mistakes in the vaccine hubs

This is not the first time such oversights have occurred. On May 30th in a vaccination center in Naples, at the Fagianeria, the Astrazeneca vaccine instead of Pfizer would have been mistakenly administered to 44 people between the ages of 18 and 38. And again: a few days later in Imperia, in Liguria, two 23-year-old girls were accidentally injected with the AstraZeneca vaccine. Another similar episode was reported at the Moscarella vaccination hub, in Castellammare di Stabia (Naples), where a woman had gone to receive the second dose of the AstraZeneca vaccine: doctors would have given her a Pfizer dose. In short, there has been some oversight. Perhaps these are “physiological” errors given the frenzied pace of the vaccination campaign, but it would certainly be better to avoid them.