Home » As many as 3,124 youths gets jobs during current year 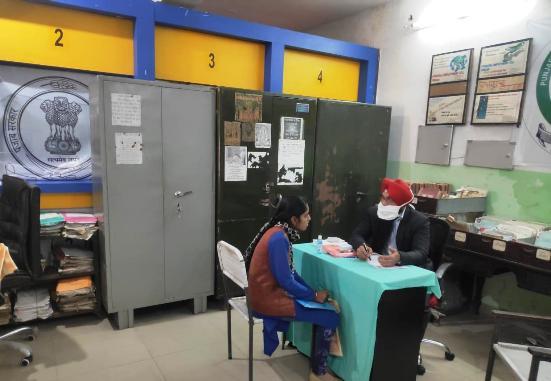 Ferozepur, November 27, 2020:  As many as 77 candidates got the placement at the Rozgar Mela organized at Zira sub-division of Ferozepur district, organized by the District Employment Generation Skills Development Bureau.  So far, 3,124 youths have been provided jobs in these job fairs.

Where 96 candidates participated in the Rozgar Mela and on the spot, 77 candidates were selected by the Ajail Herbal Company through the interview process.

Gurpal Singh Chahal, Deputy Commissioner said, a series of rozgar fairs at various places as a part of Ghar Ghar Rozgar Mission had been launched in the district and the official concerned had been advised to do the groundwork so that participation of a maximum number of participants was ensured.

Showing satisfaction over the success of the event, DC said five fairs had been organized in the district during the year till now and as many as 500 candidates were provided jobs during these fairs.

Showing satisfaction over the success of the events, DC said  26 Job Fairs/Placement Camps had been organized in the district during the year till now in which 52 different companies participated with 10,050 vacancies.  In these Job Fairs, 6,866 candidates participated and 3,124 were provided jobs during these Rozgar Melas.

Ashok Jindal, Training Officer Ferozepur while interacting with the candidates present on the occasion encouraged them to move ahead in life. He also sensitized the youth to participate in these job fairs to avail the benefits from these job fairs.

On this occasion, Gurjant Placement Officer Ferozepur also updated the candidates about the various available self-employment schemes of the government and the services available at the District Employment Bureau in the district administrative complex.

BSF nabs one person, seizes 8 kg heroin, pistol near Punjab Border
As  many as 30 Units of Blood collected at the Blood donation camp
Comment