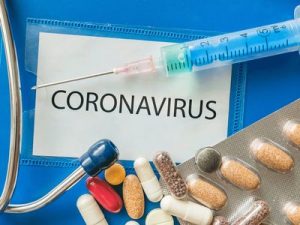 An antibody-drug already being used against the coronavirus in Cuba decreased the risk of intensive care admission and death among nursing home residents with moderate COVID-19, according to a small study conducted in the island nation.

India’s Biocon Ltd said earlier this month it received regulatory approval in India for tocilizumab for use in coronavirus infected patients with moderate-to-severe respiratory distress. It was originally tested as a treatment for psoriasis.

Researchers, including from Cuba’s Center of Molecular Immunology, which developed tocilizumab, said timely use of the drug in combination with standard therapy helped reduce inflammation and prevented COVID-19 from worsening.

The 19 hospitalized patients from a single nursing home had tested positive for the virus in April.

All were older than age 64 and had chronic health conditions such as hypertension, dementia, heart disease, diabetes, and lung diseases. Their age and health issues are considered risk factors for severe COVID-19.

The patients received either one or two intravenous doses of tocilizumab along with the standard treatments used in Cuba at the time. Those included antiviral drugs, antibiotics, chloroquine, interferon, and blood thinners.

Only two patients required oxygen therapy after the first dose, and all but one were discharged from the hospital in 14 days.

When researchers compared their outcomes to similar elderly COVID-19 patients who received standard treatment without tocilizumab, they estimated that treating three such patients with the drug could prevent one ICU admission and one death.

The study also found that in four out of five patients who received tocilizumab, blood levels of proteins that can cause life-threatening inflammation were significantly reduced within 24 to 48 hours.

The study, which did not compare tocilizumab with placebo or other treatments has not yet been peer-reviewed.

While larger, formal trials are needed to prove the drug will benefit hospitalized COVID-19 patients, the researchers said the results suggest it may be helpful.