Home » Amazon rolls well enough with the punches in India 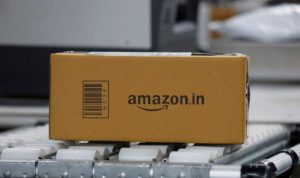 MUMBAI 11 August 2021 – Amazon will face an antitrust investigation in India alongside Walmart’s Flipkart. The country’s top court on Monday scolded the pair for trying to resist a probe for allegedly promoting select sellers on their platforms, among other things. The U.S. e-commerce behemoth promptly announced it would disband a controversial seven-year-long equity partnership that governed one of its top merchants. That won’t hamper Amazon too much if the erstwhile partner can keep selling on its own. And Amazon has more large retailers than it did when it first started.

Elsewhere the country’s top court on Friday helped Amazon move a step closer to blocking a $3.4 billion deal that would have handed control of Future Group’s retail assets, including the country’s second-biggest retailer, to Mukesh Ambani’s Reliance Industries. India upheld an interim order by a Singapore tribunal to press pause – a tentative legal win that many doubted the Americans could secure in a market seen to favor domestic rivals. So far Amazon’s grit it serving it well.