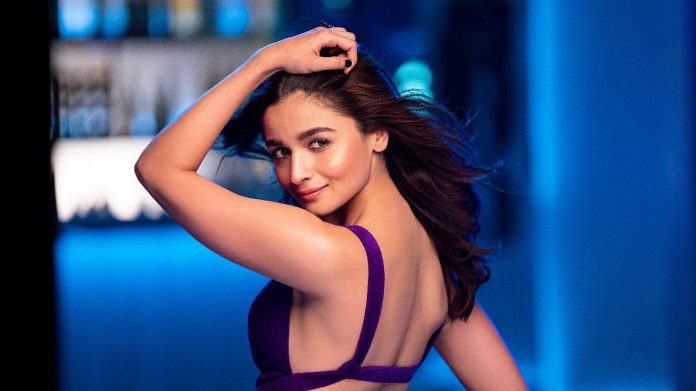 May 9, 2019: Karan Johar’s former student Alia Bhatt will be making a special appearance in a fun song with Tiger Shroff for Punit Malhotra’s Student of the Year 2. “The Hook-Up Song”, choreographed by Farah Khan, was shot over four days at Mehboob studio.

“Alia and Tiger look amazing together, their chemistry is sizzling,” raved Punit, saying they always wanted to tie-up with a student from Karan Johar’s 2012 film which had launched Alia, Varun Dhawan and Sidharth Malhotra. “Since we have Tiger it made sense to get Alia who was gracious despite being such a huge star. I haven’t seen anyone work so hard, I’m her fan.”

Punit admitted that Farah’s dance steps were difficult, and the actress ended up with a few bruises, but she refused to give up and despite juggling a couple of films, returned to the set every day.

“The song is a trump card which we saved for the end. Tiger will kill me for saying this, but Alia has danced better than him,” Punit laughed, adding that the colors of the clothes and the set are neon.

Fox Star Studios presents a Dharma Productions film Student Of The Year 2. The film stars Tiger Shroff and marks the debut of Tara Sutaria and Ananya Panday. Directed by Punit Malhotra, produced by Hiroo Yash Johar, Karan Johar & Apoorva Mehta, the film is set to release on 10th May 2019.