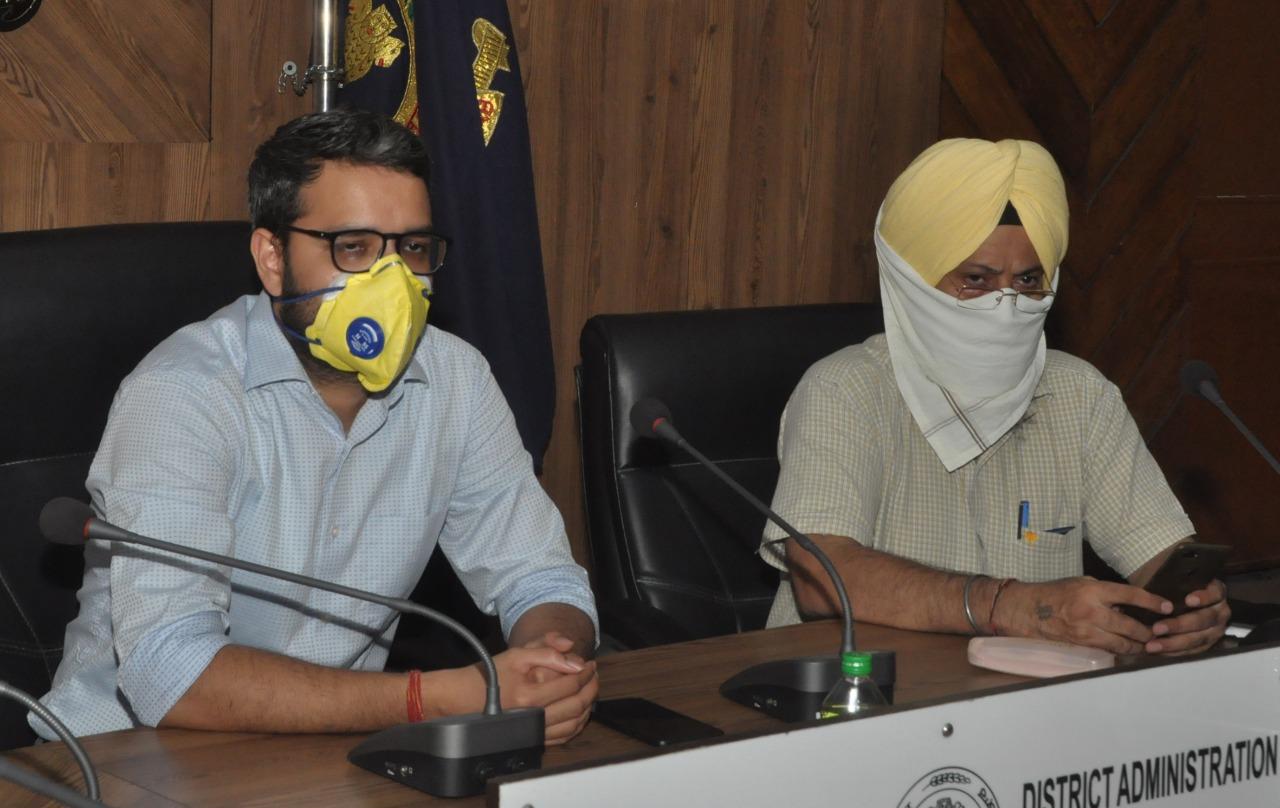 Jalandhar, September 24, 2020: n a bid to save the environment from the hazardous gases produced from stubble burning which may increase problems for COVID patients, the district administration has begun a drive to make the combine operators aware about the importance of Super SMS machines in wiping out stubble burning.

Presiding over a meeting with combine operators, Sub-Divisional Magistrate-II Rahul Sindhu said that no combine harvester would be allowed to operate without the Super SMS fitted on it. He said that the Punjab Government had banned the use of combine without having super SMS under the Air (Prevention and Control of Pollution) Act 1981 and if any person violates this rule, then strict the action would be taken against the concern and machinery will be impounded.

He informed that harvesting of paddy the crop is done mainly by using combine harvesters and when Super SMS is fitted on the backside of the combine, it chops the paddy straw into very small pieces, which makes it easier for other machines to operate in the fields.

He told a Punjab Remote Sensing Centre has developed an android-based mobile application to keep a check on stubble burning and it will give live reporting of any fire incident captured through satellite. He said now all officers from top to bottom have been involved in the monitoring system.

He also asked the operators to wear a mask mandatory and ensure sanitization of the combine after use without fail. He said operators have a big responsibility on their shoulders in this fight against the menace and their commitment to using super SMS can help in eliminating the problem.

Chief Agriculture Officer Dr Surinder Singh said that there are 650 combined machines registered with the department and all have super SMS technology in it.