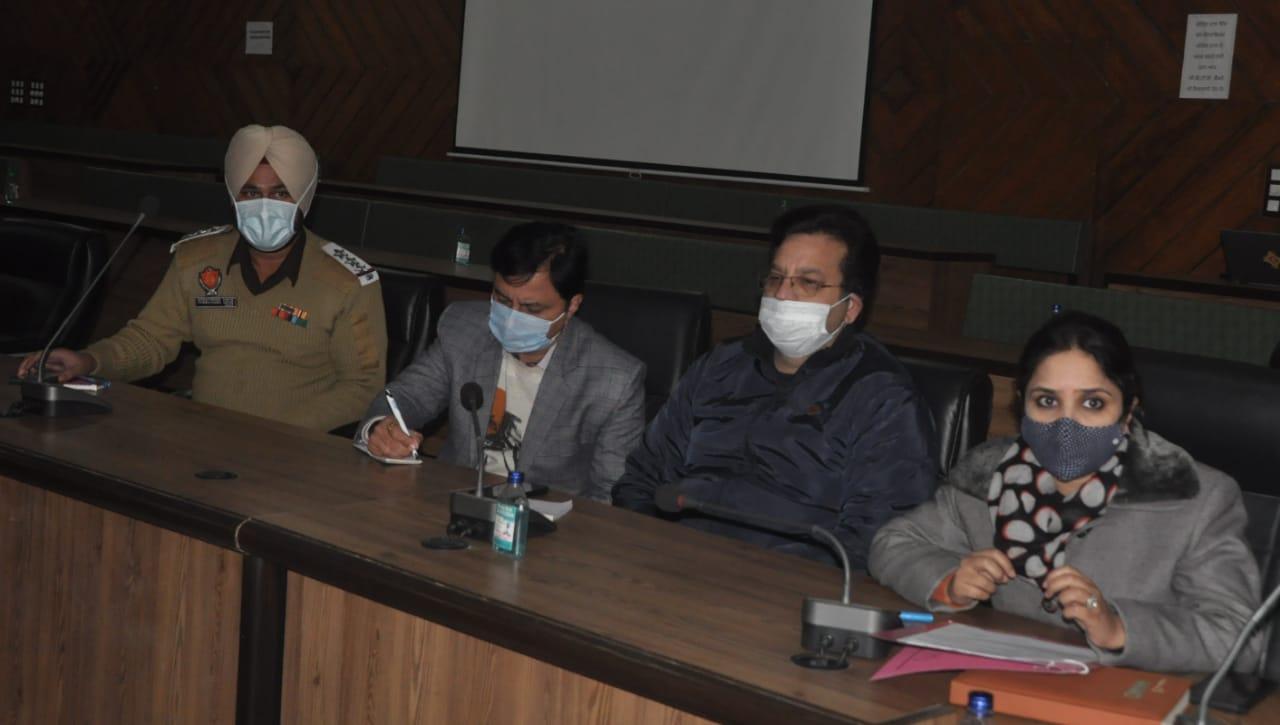 Jalandhar, January 13,2020: To reduce road fatalities by improving road safety, Deputy Commissioner Ghanshyam Thori today said that the district administration has identified 45 black spots in an extensive road safety exercise and directed the officials to remove these spots at the earliest for saving precious lives.

Similarly, the Deputy Commissioner stated that 14 black spots have been identified on NH roads.

He said that as per the union road transport and highways ministry, a road is termed as the accident black spot when on any 500 meters stretch of that road more than five accidents had taken place in three consecutive years, causing death and fatal injuries.

He directed the officials to ensure the execution of rectification of these spots at the earliest adding he would also take up the matter at the appropriate level. He said that he has already sanctioned Rs One Lakh to the Road Safety Committee and if needed, he would also issue more funds for these urgent corrective measures.

Thori also asked the officials to shift the stray cattle from the roads to Kaniya Kalan Gaushala as this menace has also a serious cause of road mishaps.

The Deputy Commissioner asked NHAI to get the approach roads of the National Highway repaired to facilitate the commuters. He said that this needs to be checked with a heavy hand so that traffic nuisance was checked.

He also asked the Municipal Corporation Authorities to ensure that all the temporary illegal encroachments especially on the main roads were removed which are also causing accidents.