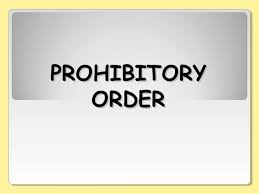 Exercising the powers vested under Section 144, Code of Criminal Procedure, 1973, Additional District Magistrate Singh has ordered the installation of CCTV cameras in all fuel stations and banks and said that the CCTV operating system must have the recording of seven-days in it.

Further, he ordered that apart from the military personnel/ police officers/officials, others from society are strictly prohibited to use the uniform of forces like Army, BSF, CRPF and police and vehicles (military color).

The Additional district magistrate has also banned the burning of garbage, waste, or dry leaves in the open as the burning leads to the pollution which may result in mishaps.

These orders would remain in force till January 31, 2021.