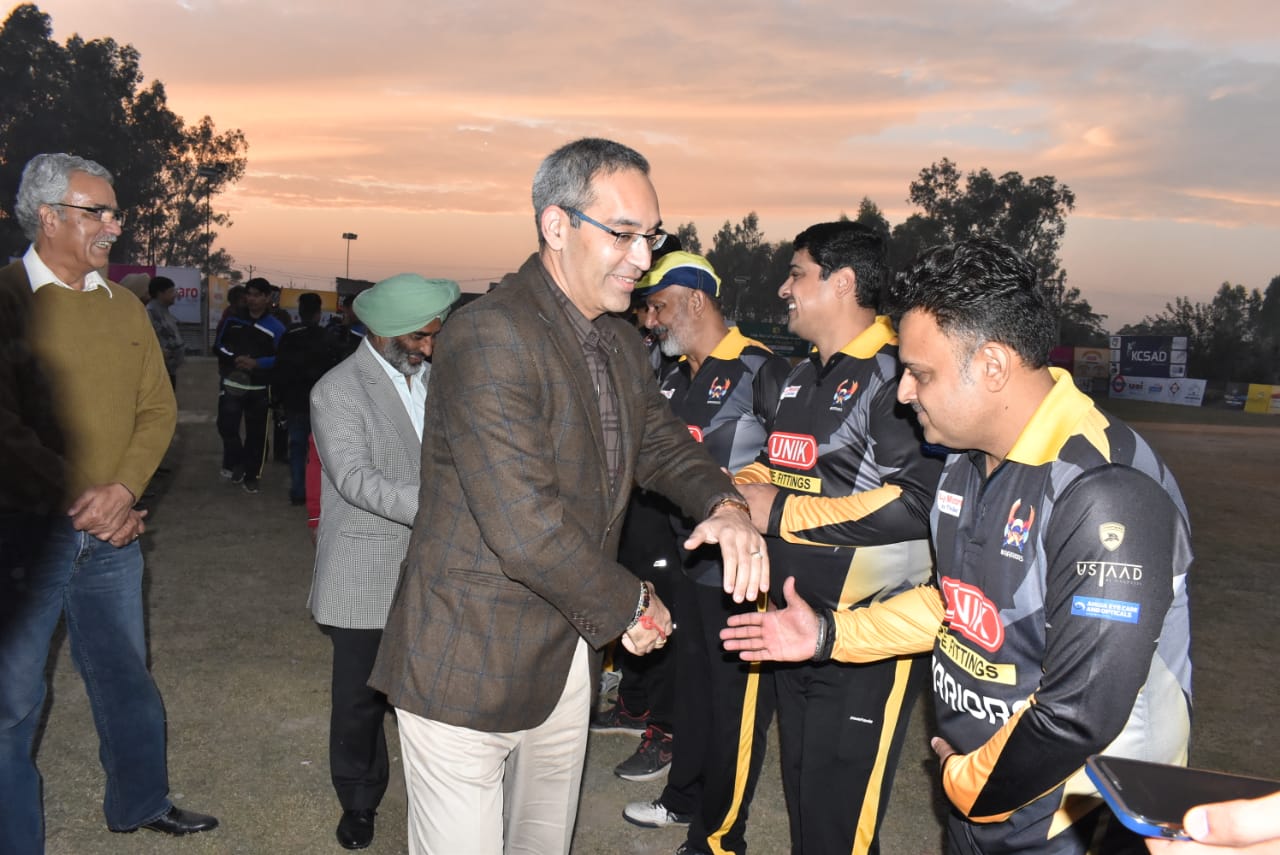 Addressing the gathering after inaugurating Jalandhar Heights Cricket Premier League here today, the Additional Commissioner IT and IGP said that  sports act as a catalyst for using the energy of youth in positive direction. They said that the youth are blessed with unbounded energy and that need to be channelised in a positive direction. Mr Bali and Mr Dhillon unequivocally said that sports is the best medium through which the youth can be motivated towards the right direction.

The Additional Commissioner IT and IGP said that in the field of sports the youth imbibe a number of qualities like hard work, dedication, team work and sportsmanship which helps in carving out a good and harmonious society. They said that if the youth inculcate these qualities at a very young age then they can be an asset for the country and society. Mr Bali and Mr Dhillon said that effort must be made to encourage the youth to get involved in sports from tender age so that they can excel in their lives.

Lauding the efforts made by organising committee ‘Warrior Groups’ for taking this path breaking initiative, the Additional Commissioner IT and IGP said that such efforts must be replicated by other NGOs too for the betterment of society. They also assured fulsome support and cooperation to the NGO for this pious initiative.

Meanwhile, the President of NGO Warriors groups Mr Varun Kohli informed that this tournament was organised annually by them. He said that this year four teams are participating in the tournament which is being organised on league basis. Mr Kohli also thanked Mr Sukhdev Singh from AGI infra for providing requisite logistic help to the NGO for smooth conduct of the event.

Click here to post a comment
Counselling Session on How to crack Civil Services Exam was held At HMV Collegiate School
The Department of Gandhian and Peace Studies, Panjab University, Chandigarh in collaboration with ThreadBee (NGO), cordially invites you for an exhibition of Paintings and Artifacts by artists with special abilities on the occasion of International Day of Persons with Disabilities