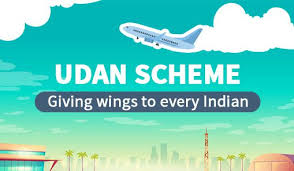 New Delhi,December 23,2019: New Air Traffic Flow Management Control and Command Center (ATFM-CCC) with state of art displays has been operationalized at Vasant Kunj, New Delhi in June, 2019.ATFM Implementation – Nationwide Central Air Traffic Flow Management [ATFM] system operational since 2017. The Central Command Center (CCC) has become operational from Vasant Kunj premises from 22nd June 2019. The CCC is supported by Flow Management Positions (FMPs) at all major airports (36 in number) which include 8 defence airports. The ATFM system monitors the air traffic flow at all major airports and across all airspace sectors. Whenever any air traffic overload conditions are predicted at any airports / airspace sectors, the ATFM managers, proactively implement ATFM regulations (by delaying the aircraft on ground at departure airports) so that the traffic overloads are “managed”. Thus, ATFM helps in maintaining safety while ensuring optimal use of airports and airspace. India also has hosted the ICAO APAC ATFM Steering group meeting in Delhi in May 2018 wherein 13 APAC countries participated.

In May 2019, Boeing and the Airports Authority of India (AAI) have signed a technical assistance agreement for developing a comprehensive 10- year Communication, Navigation and Surveillance/Air Traffic Management (CNS/ATM) modernization roadmap for India.  The objective of the agreement is to develop a roadmap for AAI to use as guidance in the modernization of the Indian National Airspace System (NAS) based on global and local best practices to optimally utilize airspace capacity, enhance communications and invest in navigation, surveillance and air traffic management. This 18- month project will be undertaken with a grant from the U.S. Trade and Development Agency (USTDA).  AAI has formed a Technical Working Group (TWG) comprising of nominated members from Airlines, Airport Operators, DGCA, IAF, IMD and AAI officers to jointly work with Boeing experts during the project. The first kick-off meeting took place at Delhi from 22nd to 25th July 2019.

‘In principle’ approval for leasing out of 6 airports of AAI i.e. Ahmedabad, Jaipur, Guwahati, Thiruvananthapuram, Lucknow and Mangaluru through Public Private Partnership (PPP). Letter of Award has been issued on 15.07.2019 in respect of three airports viz. Ahmedabad, Lucknow and Mangaluru to the highest bidder for a period of 50 years. Thiruvananthapuram, Guwahati and Jaipur airports are yet to be awarded.The proposal for leasing of next round of airports viz. Bhubaneswar, Varanasi, Indore, Amritsar, Raipur and Trichy Airports through PPP got recommended by AAI Board for which Transaction Advisor is being finalized.

The function & process of DGCA is being moved to an online platform to provide faster delivery of services & regulation oversight. The first module on pilot licensing shall be launched in December 2019.

DigiSky online portal has been launched for flying Civil Drones. The Beta version of DigiSky is available and captures the entire gamut of activities relating to drones viz. registration of drones and pilots, approval of flight path, post flight analysis etc. based on the distinctive features of No Permission No Take off (NPNT).

100% security clearances pertaining to the Ministry have been made online on E-sahaj online portal launched by the Ministry of Civil Aviation. The portal is operational for granting clearances in respect of 24 categories.

Trial for rollout of DigiYatra has been started at Bengaluru and Hyderabad airports. It envisages seamless and hassle free passenger travel using biometric technologies to improve passenger experience, reduce queue waiting time as passengers can walk through e-gates. It will remove redundancies at check points and enhance resource utilization.

The Dashboard of Ministry of Civil Aviation was developed on17 August 2019. It provides real-time data across a number of parameters on air transportation, including RCS-UDAN.

A unique web-based portal, which seeks to bring together job seekers and prospective employers in the Indian civil aviation sector.

An initiative by MoCA to bring all aviation stakeholders to a common platform so as to address the grievances of the air travellers. The status of the issues raised can be tracked online.  The platform also provides updated flight status and is linked to social media.

Lost & Found online portal has been commissioned in June 2019 to ease out the passenger claiming process for Lost & found Property.

Construction of Hindon and Kalaburagi Airport –

New airports built at Hindon, Ghaziabad (U.P.) and Kalaburagi, Karnataka and made operational.

Airports Economic Regulatory Authority of India Act, 2008 has been amended, now the threshold annual passenger traffic criteria for classifying ‘major airport’ is ‘three and half million’. The Authority shall adopt the tariff in respect of an airport if such tariff has been notified by the central Government as a part of the bidding document or has been determined through transparent process of bidding in accordance with the guidelines issued by the central Government.

Aviation Security Fee (ASF), charged as a part of passenger fare, has been rationalized and a National Trust has been created to pool all the ASF collections across airports. The trust is to be managed by AAI. The collection of ASF in a single pool account will serve the purpose of cross subsidizing the smaller airports of AAI.

Inflight WiFi connectivity standards have been established and necessary security requirements worked out.

Ban of Single use Plastic –

Airports Authority of India has declared 85 airports as Single Use Plastic Free airports. Air India is in process of procuring items made of alternate material as a substitute for various plastic inflight catering items.

The CAP Directorate of AAI, which was established in 2017, has been nominated as Nodal Point for coordination with DGCA on licencing issues and implementation of licencing of controllers of AAI. Since examination and assessment tasks in respect of controllers are complex and require a high level of experience and expertise in the area of air traffic control, these tasks have been delegated to AAI under the oversight of DGCA. These high level specialized tasks are being done by the Directorate of CAP in AAI.