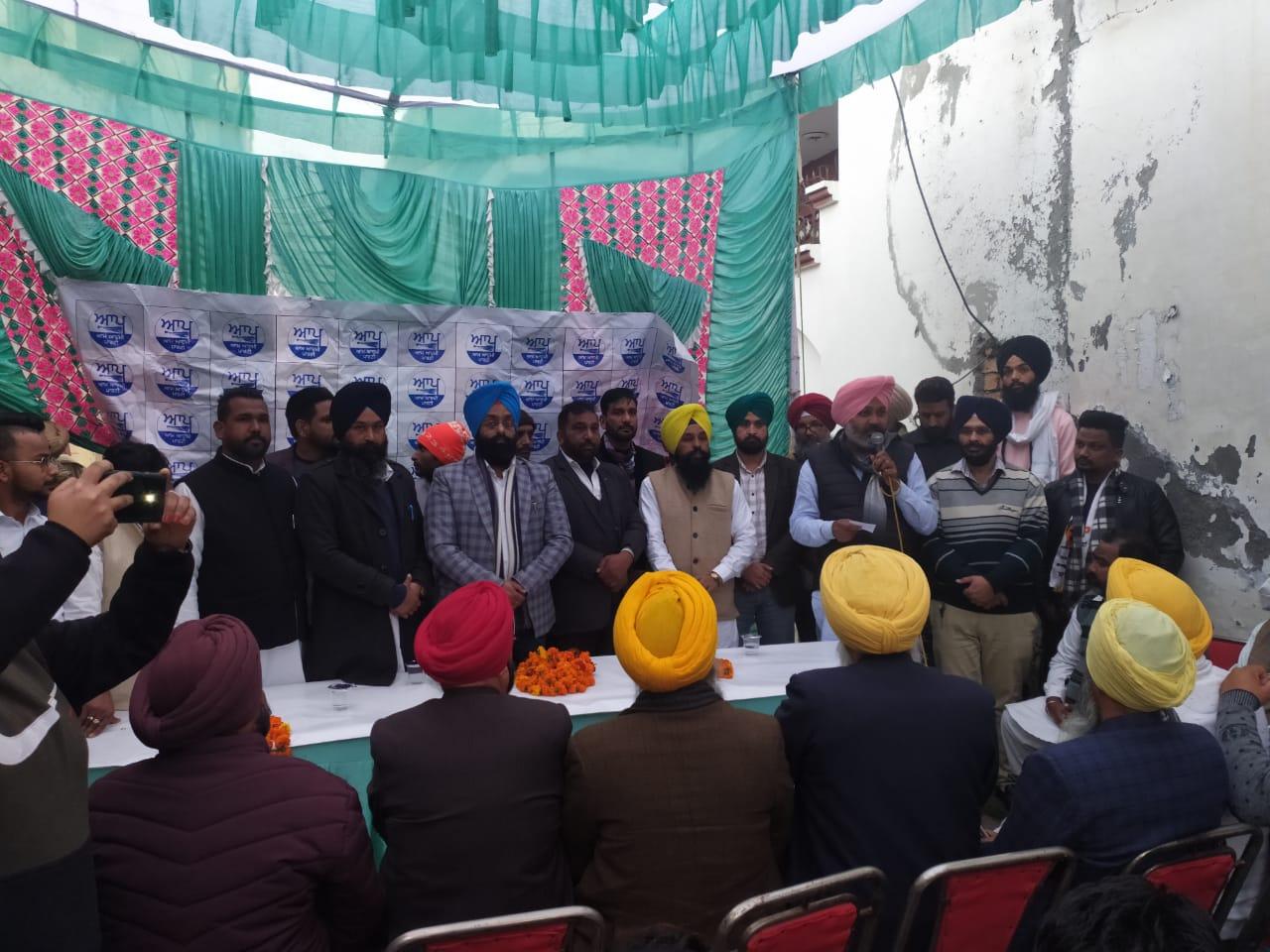 Kapurthala, January 17, 2021 : Due to the work being done by the Aam Aadmi Party (AAP) for the people of Punjab, the convoy of the party is getting bigger day by day. The party on Sunday gained a major boost when several BJP leaders joined AAP in the presence of senior party leader and Leader of Opposition (LoP) in the Punjab Legislative Assembly, Harpal Singh Cheema. The leaders who joined AAP in Kapurthala left the BJP in protest against Prime Minister Narendra Modi’s atrocities on the country’s ‘annadatas’. On the other hand, they joined AAP, after being impressed by the work done by Arvind Kejriwal-led Delhi government and the Aam Aadmi Party for the farmers as ‘sevadars’.

The leaders who joined the AAP said that today when the farmers were being persecuted by the Modi-led central government and when false accusations were being made to suppress the farmers’ movement; at that time, the entire Aam Aadmi Party, including Delhi Chief Minister Arvind Kejriwal and his government, stood shoulder to shoulder with the farmers. The leaders further said that the AAP was working as a ‘sevadar’ for the farmers and impressed by their work, they joined the party.