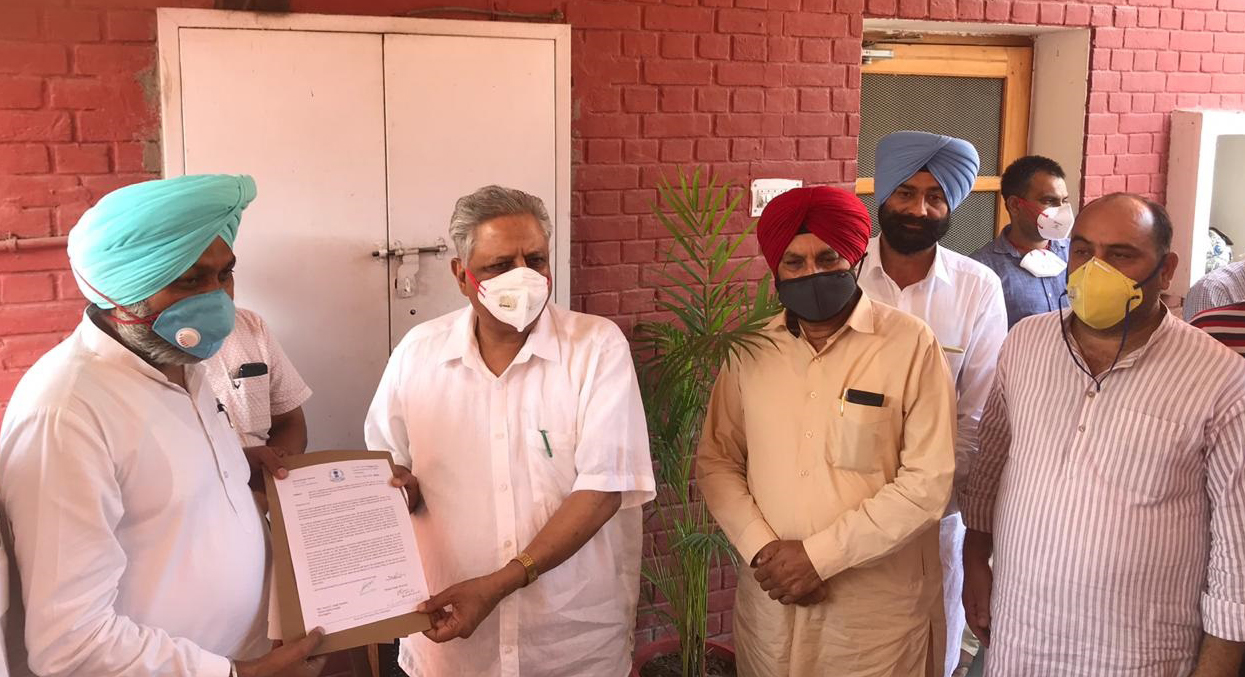 Chandigarh, June 16, 2010:The Aam Aadmi (AAP) Punjab has stressed the need for convening a special session of Punjab Assembly on the issue of three ordinances passed by the Union Government recently which, it claimed, would hit the agriculture sector hard, leaving teeming millions of farmers and labourers and others in the state to rue and rant for life.

A delegation of the party, led by Leader of Opposition (LoP) Harpal Singh Cheema, met Punjab Assembly Speaker Rana K.P. Singh, in Chandigarh on Tuesday, to hand over a memorandum to him over the much-talked-about ordinances, which, the delegation alleged, were anti-farmer and anti-state. The three ordinances, introduced by the Union Government, were nothing but a political gimmickry on the part of the union government in the name of agricultural reforms, the memorandum said. The delegation said the ordinances had come as a boon for the patronized few corporate houses, while it was indeed a curse for the farming fraternity across the country.

Elaborating on the issue, the delegation informed the Speaker that the said amendment to Essential Commodities Act, and other ordinances, including the Farmers’ Produce Trade and Commerce (Promotion and Facilitation) Ordinance, 2020, the Farmers (Empowerment and Protection) Agreement on Price Assurance and Farm Services Ordinance, 2020, had been pushed across to legalising contract farming in the state, saying these deadly ordinances would prove detrimental to the survival of the farmers and other associated with the sector, in many ways than one.

He demanded, through the memorandum,  the government in the saddle should convene a special Assembly session comprising the elected representatives of all political parties to discuss threadbare the anti-Punjab and anti-farmer ordinances being imposed upon the farmers. The delegation also sought live telecast of proceedings of the special session.

The AAP leader said that the ordinances to kick in farm reforms would prove to be a death blow to the state’s rural staggering economy. The move, he said, was set to incur huge financial losses to farmers, ‘Aarhtiyas’, transporters, and others associated with the farm sector, who would be rendered jobless, if the  ordinances were allowed to be implemented, saying these were an attempt to demolish the existing world class marketing model the state once bragged about. Cheema alleged that the union government was hell bent on demolishing the existing rock solid farm structure of the state by handing it over to the corporate houses.