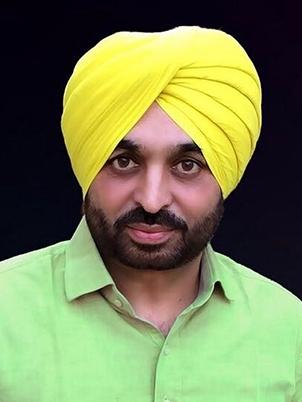 Chandigarh, January 17, 2021: The Aam Aadmi Party (AAP) has intensified its preparations for the forthcoming Municipal Corporation, Municipal Committee and Nagar Panchayat elections. Under this, the party on Sunday announced its candidates in 10 local bodies comprising a total of 129 wards. In a statement issued from the party headquarters, AAP state president and MP Bhagwant Mann said that AAP which is contesting the upcoming local bodies’ elections in Punjab on its election symbol ‘Broom’, will win all the seats.

Mann said that it was a golden opportunity for the people this time to bring change in the cities by electing their councillors among the people, who would work for the people. He said that crores of rupees were being swindled in Municipal Corporations and Municipal Committees. “To prevent such corruption, it is imperative that an educated and competent person be elected as people’s representative. With the party’s election symbol ‘broom’, political filth and contamination in the sanitation system would be cleaned from the streets,” added Mann.