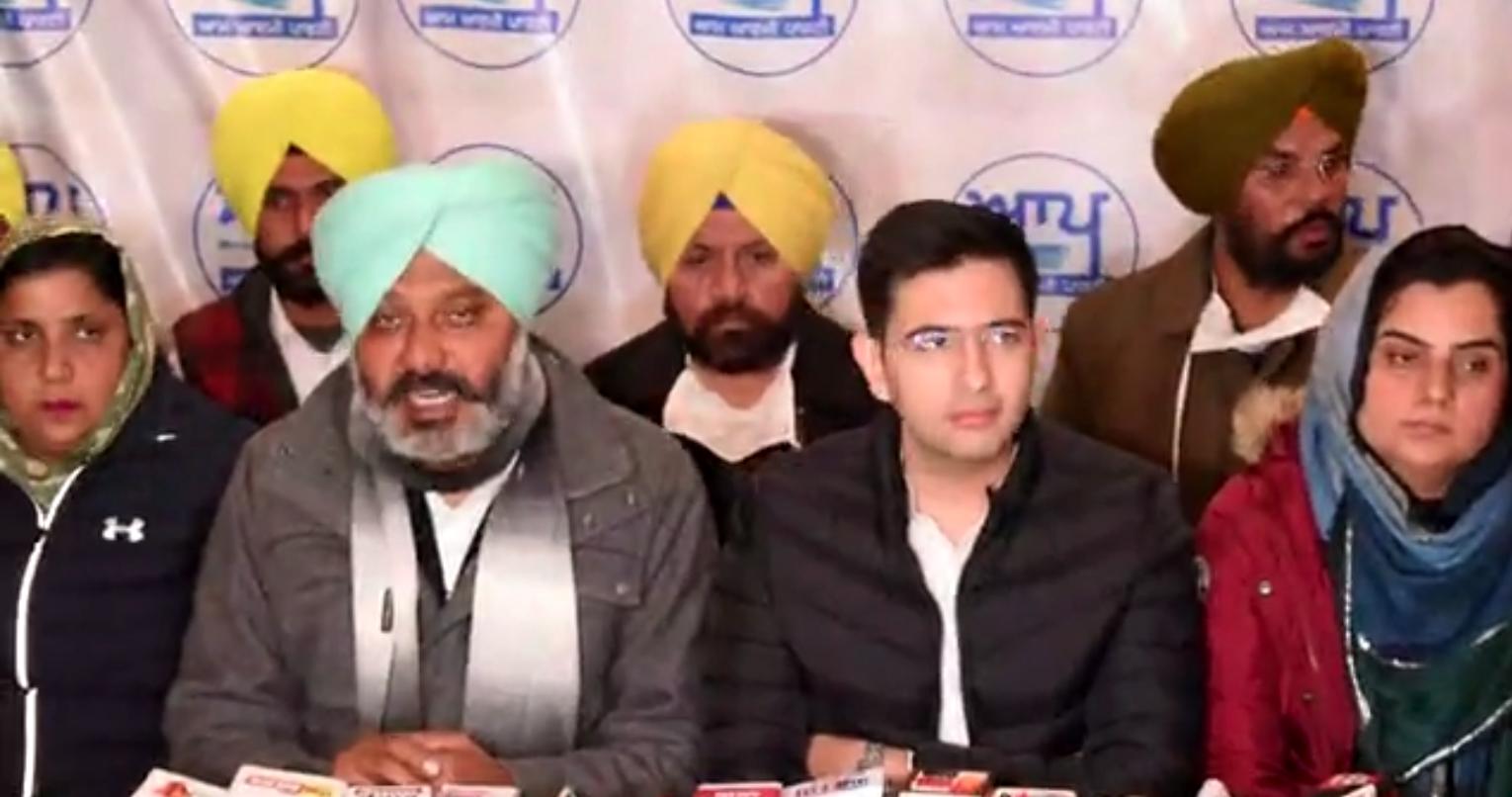 Amritsar, January 1, 2021 : The Aam Aadmi Party ( AAP ) will form the government in Punjab with a landslide victory in the 2022 assembly elections. Punjab had been looted by the SAD-BJP and the Congress government while in power. Now the people of Punjab have made up their minds that only one party can take Punjab on the path of progress, and this time they will form a government of Aam Aadmi Party. These views were expressed by the newly appointed AAP Punjab co-incharge Raghav Chadha during a press conference on Friday, on his first visit to Punjab since taking over as co-incharge. Chadha said that Punjab Chief Minister Captain Amarinder Singh had betrayed the people of Punjab.

“Before the elections, the Congress had made many other promises besides waiving all the debts of the farmers, Ghar-Ghar rozgar, eradicating drugs in four weeks; but none of them were fulfilled. Intoxicated with power, Captain forgot his people and reneged on all his promises,” said Chadha. He said that being a member of the High Power Committee on the land grabbing anti-farmers black laws, Captain Amarinder Singh betrayed the farmers and agreed to the laws. He said that being the Chief Minister of an agricultural-oriented state, Captain should have protested and boycotted the committee to inform the people about these black laws.

Lashing out on Badals, Chadha said that when these black laws came, SAD, in greed of the chair, remained part of Modi-led central government. After the bill came, they kept praising the anti-farmers black laws. Even when these were passed in the Parliament and became laws, Harsimrat Kaur Badal remained the union minister. But, after seeing the anger of the people, she resigned out of compulsion, he added. Chadha said that today Akali Dal was the party which was hated the most in the country. “The Congress, SAD has betrayed the people of Punjab and at present, the people have high expectations from the Aam Aadmi Party to make Punjab prosperous again and bring it out of the darkness,” he said.

Chadha said that the people of Punjab knew that the Arvind Kejriwal-led government in Delhi had done work for the people and not for any particular person. He said that the people were especially impressed with the work done by the Kejriwal government in the health and education sectors. He added that today the Kejriwal government was working as a servant for the farmers struggling on the Delhi borders and as a result, the residences of party leaders were being attacked by BJP goons. Chadha said that AAP ’s national convener Arvind Kejriwal had directly stated that there would be no shortage of service to the farmers, till the last breath.

On a question asked about the face of the Chief Minister in Punjab, Chadha said that the party would inform about it soon and that the Chief Minister would be one among the people of Punjab. “Such a person would be nominated for the post of Chief Minister, whom the people of Punjab are proud of,” he added. AAP state president and MP Bhagwant Mann said that the Modi government was not convening a session of Parliament under the guise of Corona in a bid to run away from answering the questions, while on the other hand the BJP was gathering thousands of people. He said that the Aam Aadmi Party had been strongly opposing the anti-farmers black laws of the centre since day one and would continue to do so.