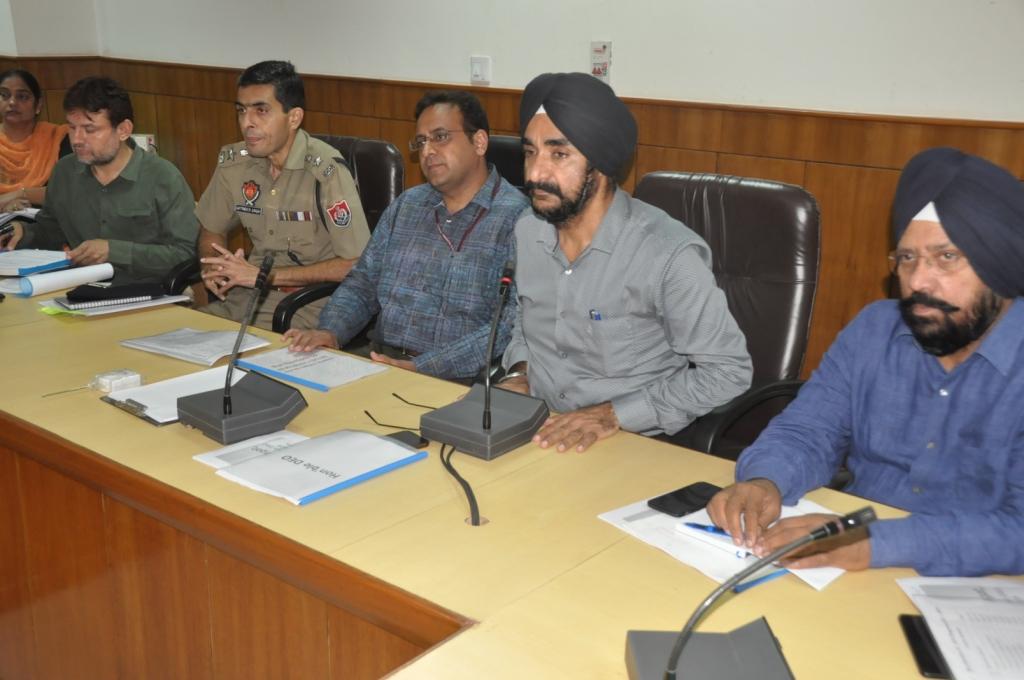 Holds a meeting with officers of district administration at Kapurthala
By  SK.Vyas

The Election observer held a detailed meeting with the officers of the district administration led by Deputy Commissioner DPS Kharbanda and Senior Superintendent of Police Satinder Singh at the District Administrative Complex. During the meeting he said that the every effort must be made to ensure that the poll was held peacefully and in a transparent manner. Bhagat said that every minute violation of Model Code of Conduct should be dealt sternly to ensure that polls were held peacefully.

The Election Observer said that zero

Tolerance policy would be adopted for any sort of violation of Model Code of Conduct. He said that every officer/ official was committed to ensure that Phagwara by poll was held in a transparent manner. Mr Bhagat further said that he would be regularly monitoring the entire election process to ensure that poll

The Election Observer also complimented the district Administration for making foolproof arrangements for the upcoming polls. He asked all the officers to perform their duty in a neutral manner.

Earlier, the Deputy Commissioner and Senior Superintendent of Police apprised the Observer about preparations made by the administration for ensuring free, fair and peaceful by-poll. They said that there were total 220 polling booths in Phagwara adding that there were 1,84,903 voters in the segment. Both the officers said that various nodal officers have been appointed to ensure elections in a free and fair manner.