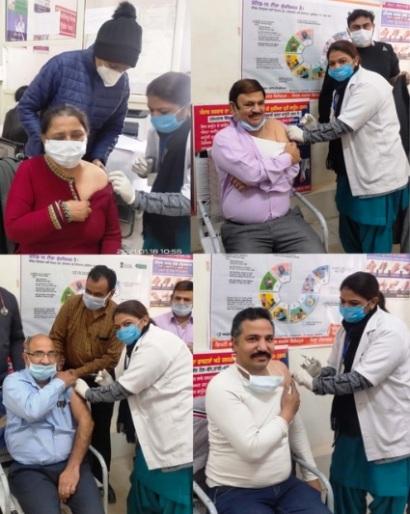 Jalandhar, January 16,2021: As many as 336 EVM machines and control units have been reached for the Municipal Council elections on Friday night.

The EVMs and Control Units were kept at strong room in Government Polytechnic College, Ladowali road by the team led by ADC Development Vishesh Sarangal amid spine chilling and dense fog.

He said that these elections are going to be held in 110 wards of six councils and two nagar panchayats.

He informed a team had gone Gurdaspur to get 336 EVM machines and control units for these elections in the morning, which was received at 8.30 pm.

He lauded the effort of all the staff that despite dense fog and bone chilling cold, all have shown great spirit.