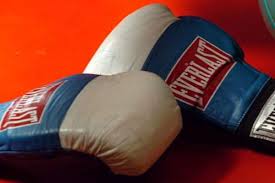 CHANDIGARH FEB 16,2021:  Twenty-one women boxers of the total 37 from Haryana have been selected to attend pre-Olympic camp to be held at Indira Gandhi Stadium in Delhi from February 16 to July 31, 2021. It was disclosed by the Haryana Minister of State for Sports and Youth Affairs, Mr. Sandeep Singh. Sharing details of the Camp, he said that this Olympic Camp includes six boxers from Rohtak and five from Bhiwani.

He further added that it is a moment of pride for the state that the girls are successful in every sphere of life. Moreover, the girls from families based in rural areas were becoming successful. Sharing the achievements in the sports of boxing he said that Haryana has a distinct place for women boxers. Sharing names of women boxers representing the state he said that in the event Manju Rani, Monika, Aarti, Jyoti, Anamika Hooda, Meenakshi, Shiksha, Manisha, Sakshi Dhanda, Sonia Lather, Sonia Chahal, Jasmine Lomboria, Shashi Chopra, Praveen Hooda, Johnny Phogat, Amrita Ahlawat, Pooja Bauhra, Pooja Saini, Sushma Yadav, Anupama Kundu etc will be participating.

Sports Minister, Mr. Sandeep Singh said that the entire credit for the growing attraction of the players towards sports went to the Chief Minister, Mr. Manohar Lal. The government’s announcement of giving an advance of Rs 5 lakh to the Olympic qualifying player has also added enthusiasm among players.