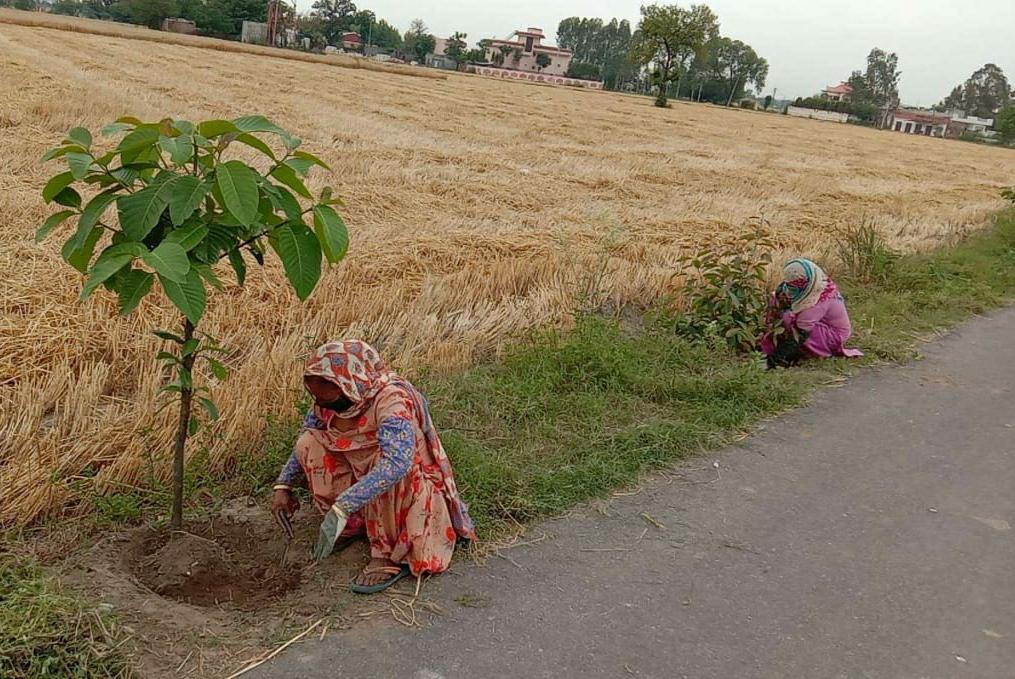 Jalandhar, August 2, 2020: In order to ensure proper upkeep of the 4.89 lakh saplings planted in 890  villages of Jalandhar to commemorate 550th Parkash Purab of Sri Guru Nanak Dev Ji last year, the district administration has deployed 1780 Van Mitras, two in each village of the district who are ensuring proper protection and watering of the saplings besides safety from animals.

Last year, as a humble and befitting to Sri Guru Nanak Dev ji on his 550th Parkash Purab, a special drive was started by the district administration to enhance green cover and planted 550 saplings in each village of Jalandhar.

The 1780 Van Mitras were engaged by district administration under Mahatma Gandhi-National Rural Employment Guarantee Act (MG-NREGA) and the fund’s worth Rs 11.65 crore were being spent by the government on this work.

Divulging further details, the Deputy Commissioner Ghanshyam Thori said that the administration had deployed two Van Mitras in each village to ensure the plants can survive so that green cover in the district can be increased which will be befitting tribute to the great Guru, who had shown the path of love, compassion and harmony to the entire humanity.

He said that through his teachings Sri Guru Nanak Dev ji had laid the foundation of protecting air, water, biodiversity and forests, which was the need of the hour.

The Deputy Commissioner said that this drive was embarked in consonance with the commitment of the Punjab Chief Minister Captain Amarinder Singh to encourage people to plant more and more trees and ensure proper upkeep for making Punjab clean, green and pollution-free.

He said that BDPOs of the district also monitor the performance of Van Mitras to doubly ensure the growth of the saplings.

Thori also exhorted the people to plant saplings and upkeep properly. He said that it is the bounden duty of everybody to make concerted efforts for protecting the environment and giving a better future to the next generations by planting saplings.-w