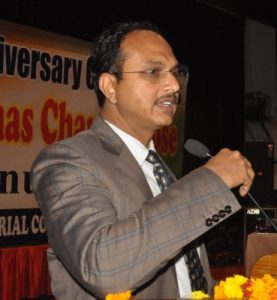 Jalandhar, January 23, 2020: The 123rd birth anniversary of the proclamation of the great national hero  Subhas Chander Bose was observed with great patriotic fervour by the National Martyrs Memorial Committee in an impressive function at the local Red Cross Bhawan.

During the function, MLA Jalandhar Central  Rajinder Beri and Deputy Commissioner Jalandhar  Varinder Kumar Sharma and others paid floral tribute to the iconic hero of the national freedom struggle.

Addressing the gathering during the function, they said that life and sacrifice of this great national hero would ever inspire the youth of country for selfless service for the country.

They further said that today it was all the more important to make the younger generations aware about the hardships faced by our great freedom fighters for the sake of emancipating the country from yoke of foreign imperialism so that they could be inspired for serving the country. 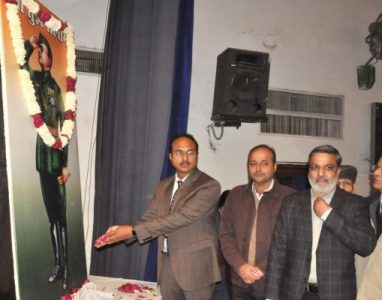 They also exhorted the youth to come forward for selfless service of the nation, so as to cherish the aspirations of our great freedom fighters.

They unequivocally said that Netaji was a courageous, dynamic and visionary leader who led the countrymen from the front to emancipate the country from yoke of foreign imperialism.

They said that life of this illuminating figure of national freedom struggle would ever inspire us to serve the country with utmost zeal dedication.

They said that this function, organized by National Martyrs Committee, was a humble and befitting tribute to the legendary icon of the Indian Freedom struggle, who sacrificed his at altar of motherland.