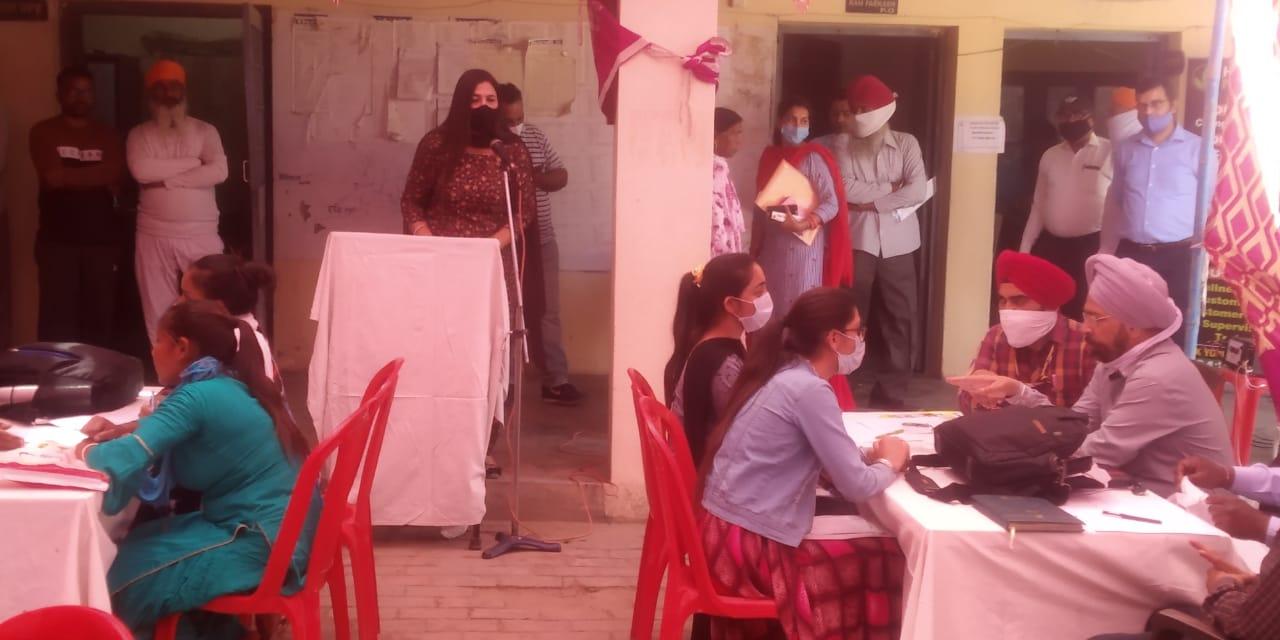 Urges all unemployed youth to register with dbee to take benefit of these camps.

Jalandhar, April 8, 2021: Under Ghar-Ghar Rozgaar mission of the state government,

as many as 473 youths have received jobs by 12 companies during 7th round of the mega job fair held in Shahkot on Thursday.

The camp was organized at block development and Panchayat Officer, Shahkot in which as many as 556 youths participated while 12 companies appeared to shortlist eligible beneficiaries for various job opportunities.

Disclosing further details in this regard, Deputy Commissioner Ghanshyam Thori said that a total of 556 youth participated in today’s placement camp and 473 candidates were selected by the companies against these jobs.

The Deputy  Commissioner further added that under the 7th round of mega job fair as many as 12 placement camps are being organized in the district including camps at all BDPO offices of the district.

The DC said these job fairs would provide ample employment opportunities to unemployed youth across the district under the ambitious scheme Ghar Ghar Rojgar Yojna as a large number of companies would take part with several job opportunities for the participants.

The Deputy Commissioner further said that the selection of the youth for jobs would be made purely on merit through a fair and transparent system.

Mr. Thori called upon the youth to register themselves on www.pgrkam.com for more jobs. The Youths can also contact on 0181-2225791 for further information, he added.

The DC said that the youth must avail maximum benefit of these job fairs, which would be instrumental in opening new avenues of employment for them.