GLASGOW, Oct 31, 2021 – The United Nations COP26 summit that starts in Glasgow this week has been billed as a make-or-break chance to save the planet from the most calamitous effects of climate change.

Delayed by a year because of the COVID-19 pandemic, COP26 aims to keep alive a target of capping global warming at 1.5C above pre-industrial levels – the limit scientists say would avoid its most destructive consequences.

“We need to come out of Glasgow saying with credibility that we have kept 1.5 alive,” Alok Sharma, COP26’s president, said on Sunday as delegates began arriving in the Scottish city.

“We’re already at global warming at 1.1 degrees above pre-industrial levels,” he told Sky News television. “At 1.5 there are countries in the world that will be underwater, and that’s why we need to get an agreement here on how we tackle climate change over the next decade.”

Meeting the 1.5 C goal, agreed in Paris to much fanfare in 2015, will require a surge in political momentum and diplomatic heavy-lifting to make up for the insufficient action and empty pledges that have characterized much of global climate politics.

The conference needs to secure more ambitious pledges to further cut emissions, lock in billions in climate finance, and finish the rules to implement the Paris Agreement with the unanimous consent of the nearly 200 countries that signed it.

But there is huge work to be done.

At a summit in Rome, leaders of the Group of 20 major economies agreed on a final statement on Sunday that urges “meaningful and effective” action to limit global warming at 1.5 degrees Celsius but offers few concrete commitments.

The G20 bloc, which includes Brazil, China, India, Germany, and the United States, accounts for an estimated 80% of global greenhouse gas emissions.

A new pledge last week from China, the world’s biggest polluter, was labeled a missed opportunity that will cast a shadow over the two-week summit. Announcements from Russia and Saudi Arabia were also lackluster.

The return of the United States, the world’s biggest economy, to U.N. climate talks will be a boon to the conference, after a four-year absence under President Donald Trump.

But like many world leaders, President Joe Biden will arrive at COP26 without firm legislation in place to deliver his own climate pledge as Congress wrangles over how to finance it and new uncertainty about whether U.S. agencies can even regulate greenhouse gas emissions. 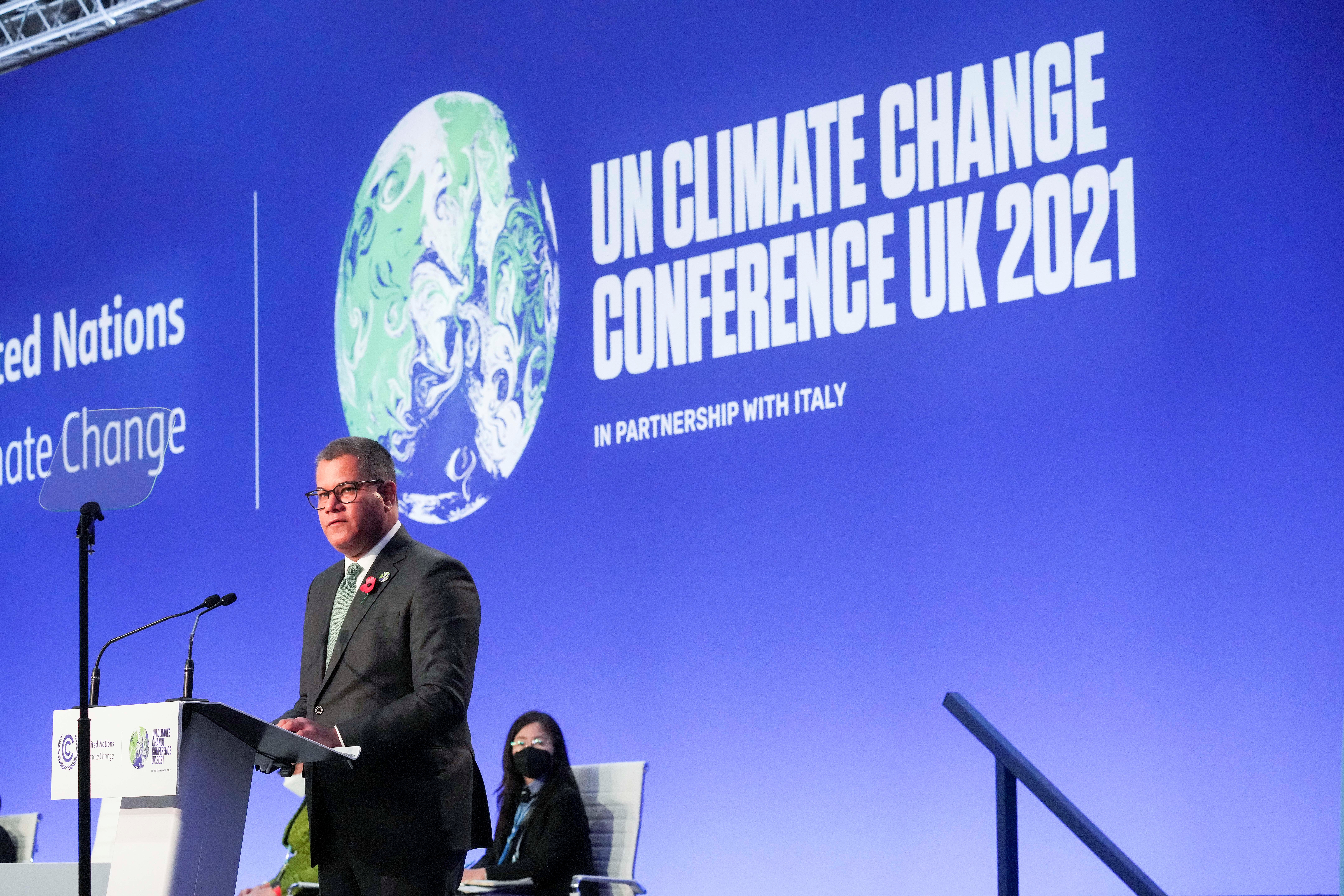 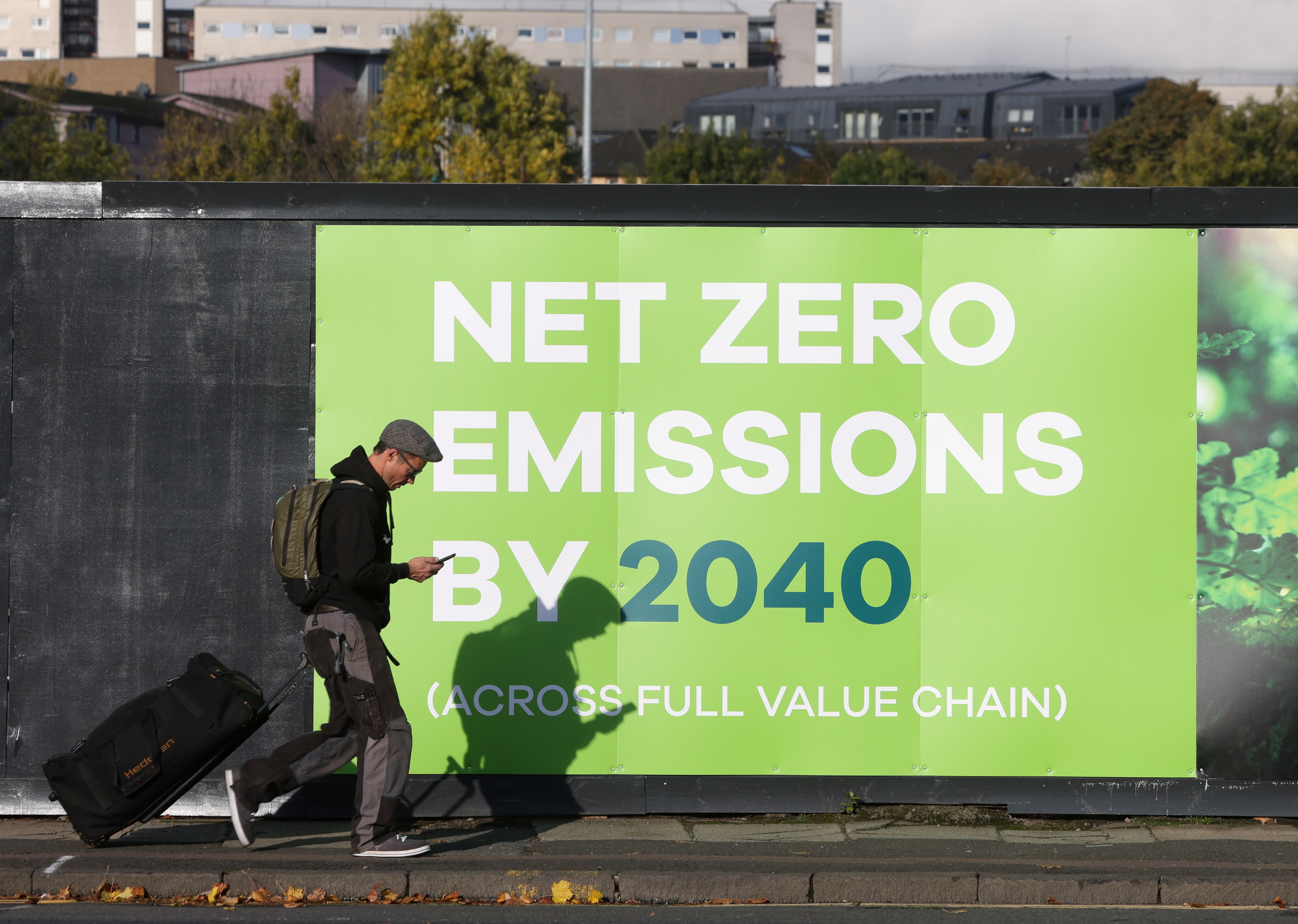 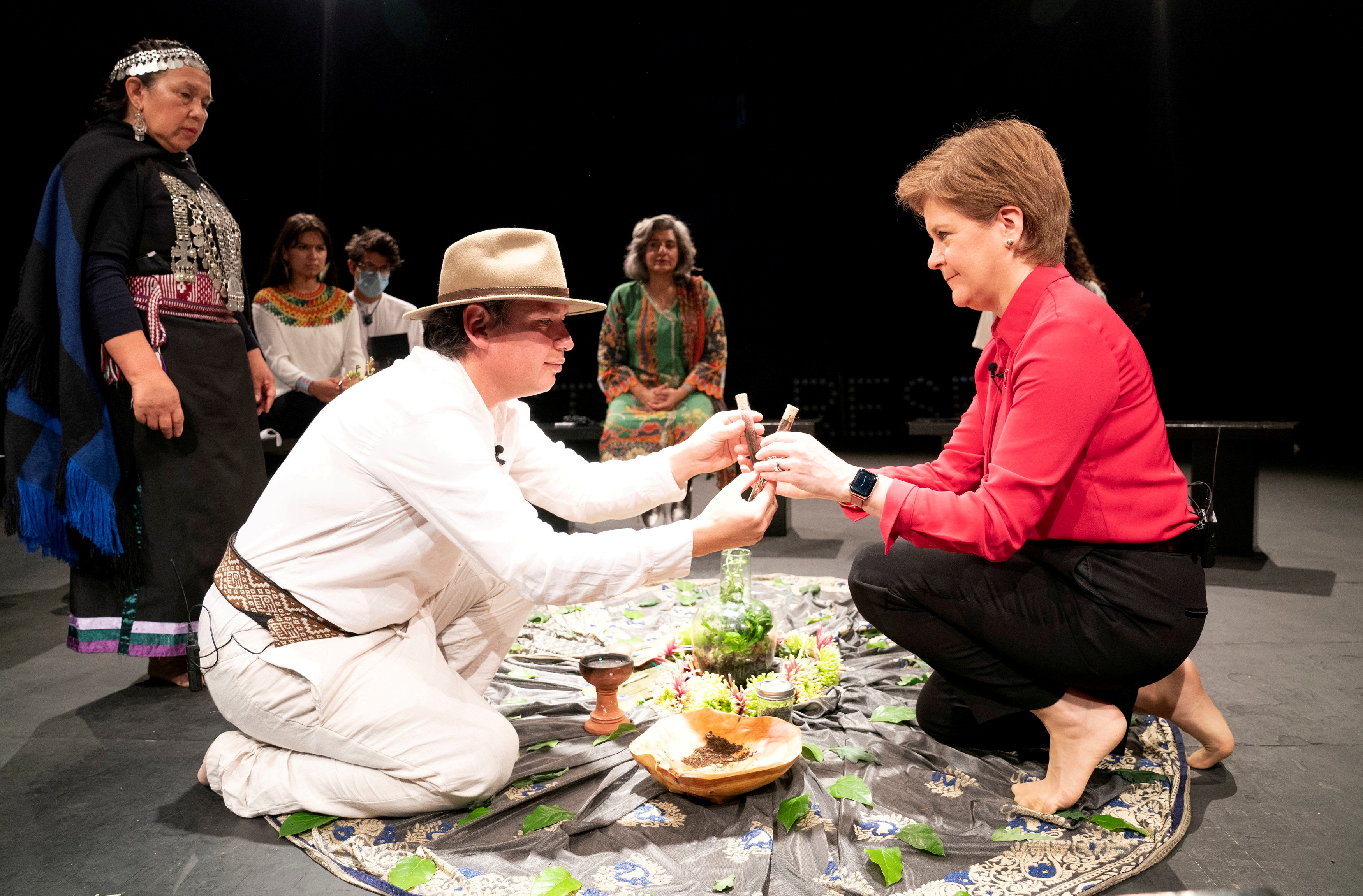 A man walks past advertising in relation to the UN Climate Change Conference (COP 26) where world leaders discuss how to tackle climate change on a global scale, near the conference area in Glasgow Scotland, Britain October 30, 2021.
Existing pledges to cut emissions would see the planet’s average temperature rise 2.7C this century, which the United Nations says would supercharge the destruction that climate change is already causing by intensifying storms, exposing more people to deadly heat and floods, killing coral reefs, and destroying natural habitats.

Ultimately, negotiations will boil down to questions of fairness and trust between rich countries whose greenhouse gas emissions caused climate change, and poor countries being asked to de-carbonize their economies with insufficient financial support.

COVID-19 has exacerbated the divide between rich and poor. A lack of vaccines and travel curbs mean some representatives from the poorest countries cannot attend the meeting.

Other obstacles – not least, sky-high hotel rates in Glasgow – have stoked concerns that civil society groups from the poorest nations which are also most at risk from global warming will be under-represented.

COVID-19 will make this U.N. climate conference different from any other, as 25,000 delegates from governments, companies, civil society, indigenous peoples, and the media will fill Glasgow’s cavernous Scottish Event Campus.

All must wear masks, socially distance, and produce a negative COVID-19 test to enter each day – meaning the final-hour “huddles” of negotiators that clinched deals at past climate talks are off the table.

World leaders will kick start COP26 on Monday with two days of speeches that could include some new emissions-cutting pledges before technical negotiators lock horns over the Paris accord rules. Any deal is likely to be struck hours or even days after the event’s Nov. 12 finish date.

Outside, tens of thousands of protesters are expected to take to the streets to demand urgent climate action.

Assessing progress will be complex. Unlike past climate summits, the event won’t deliver a new treaty or a big “win” but seeks to secure smaller but vital victories on emissions-cutting pledges, climate finance, and investment.

Ultimately success will be judged on whether those deals add up to enough progress to keep the 1.5C goal alive.

Since the Paris accord, scientists have issued increasingly urgent warnings that the 1.5C goal is slipping out of reach. To meet it, global emissions must plummet 45% by 2030 from 2010 levels, and reach net zero by 2050 – requiring huge changes to countries’ systems of transport, energy production, manufacturing, and farming. Countries’ current pledges would see global emissions soar by 16% by 2030.